The app provides the same tracking functionality as the site, and any feature added here, it will be updated in the smartphone app as well. 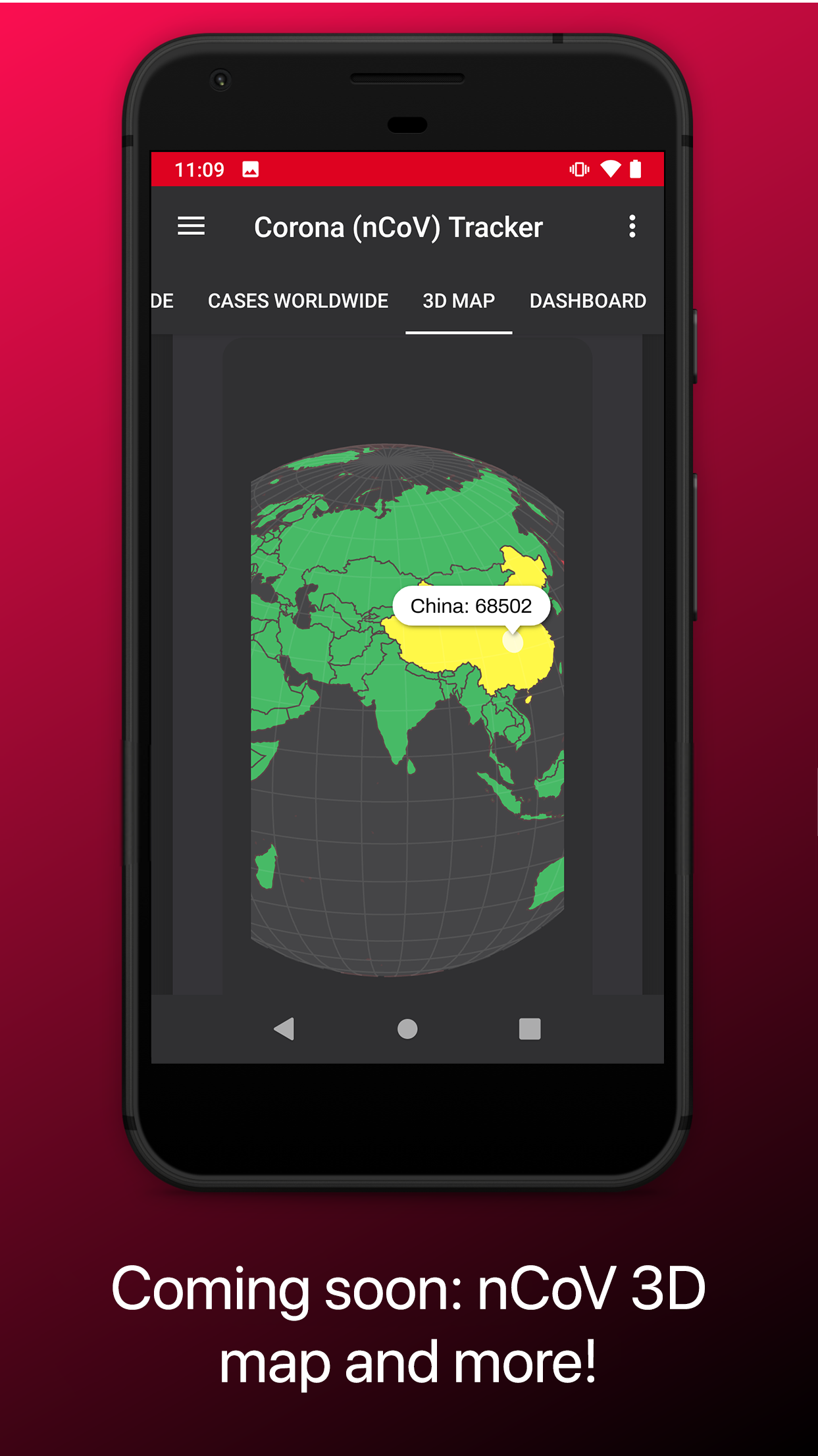 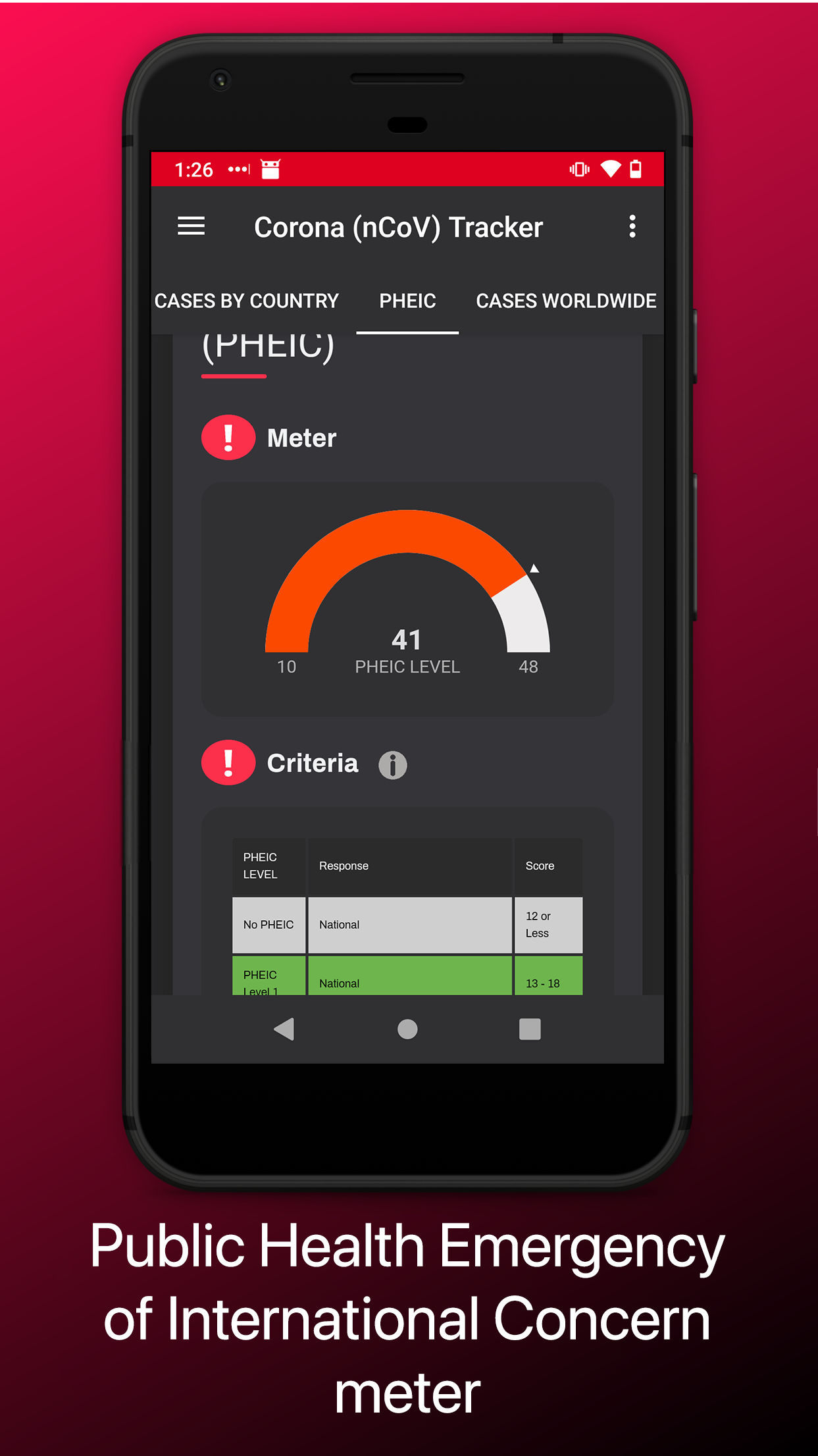 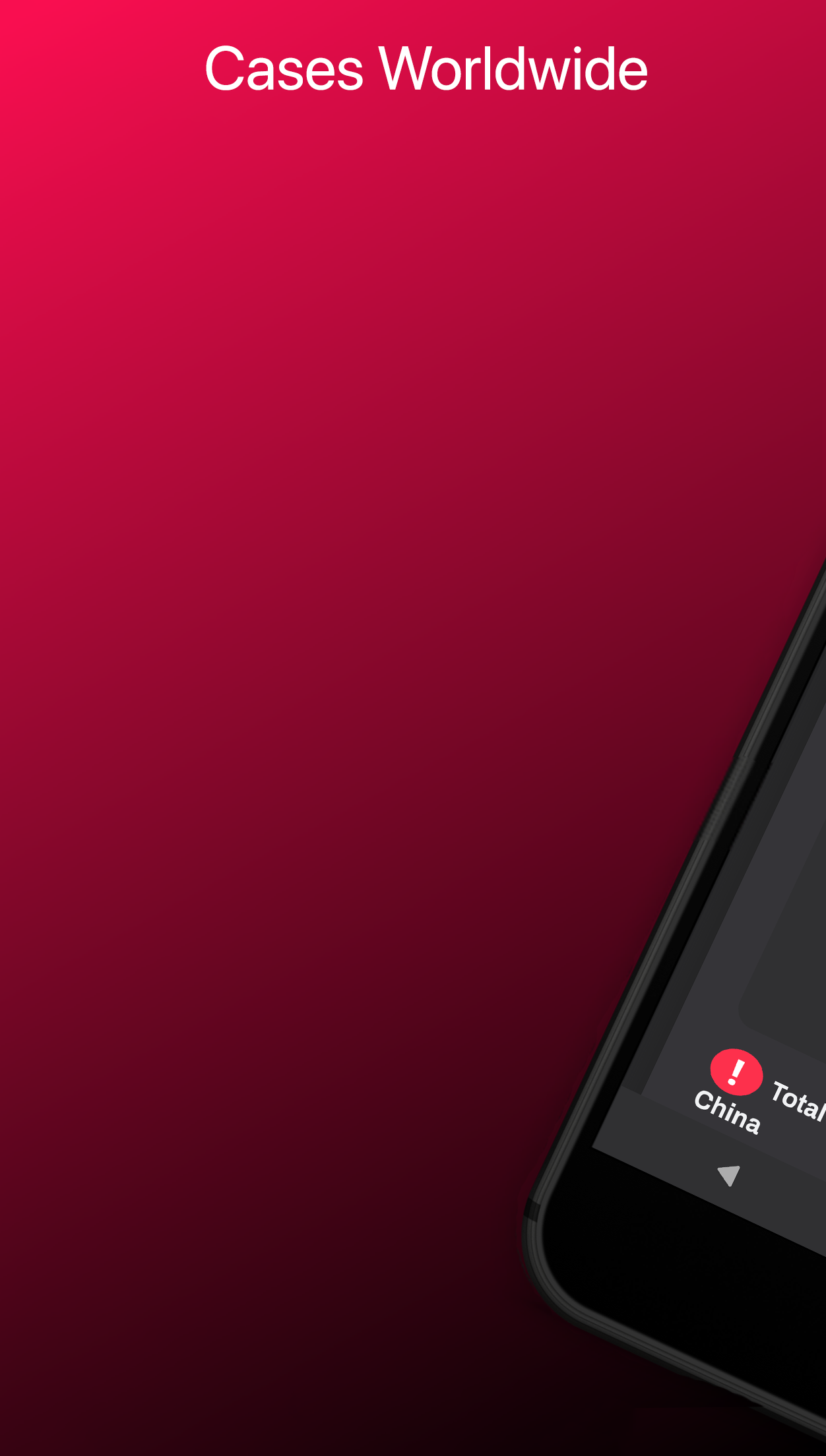 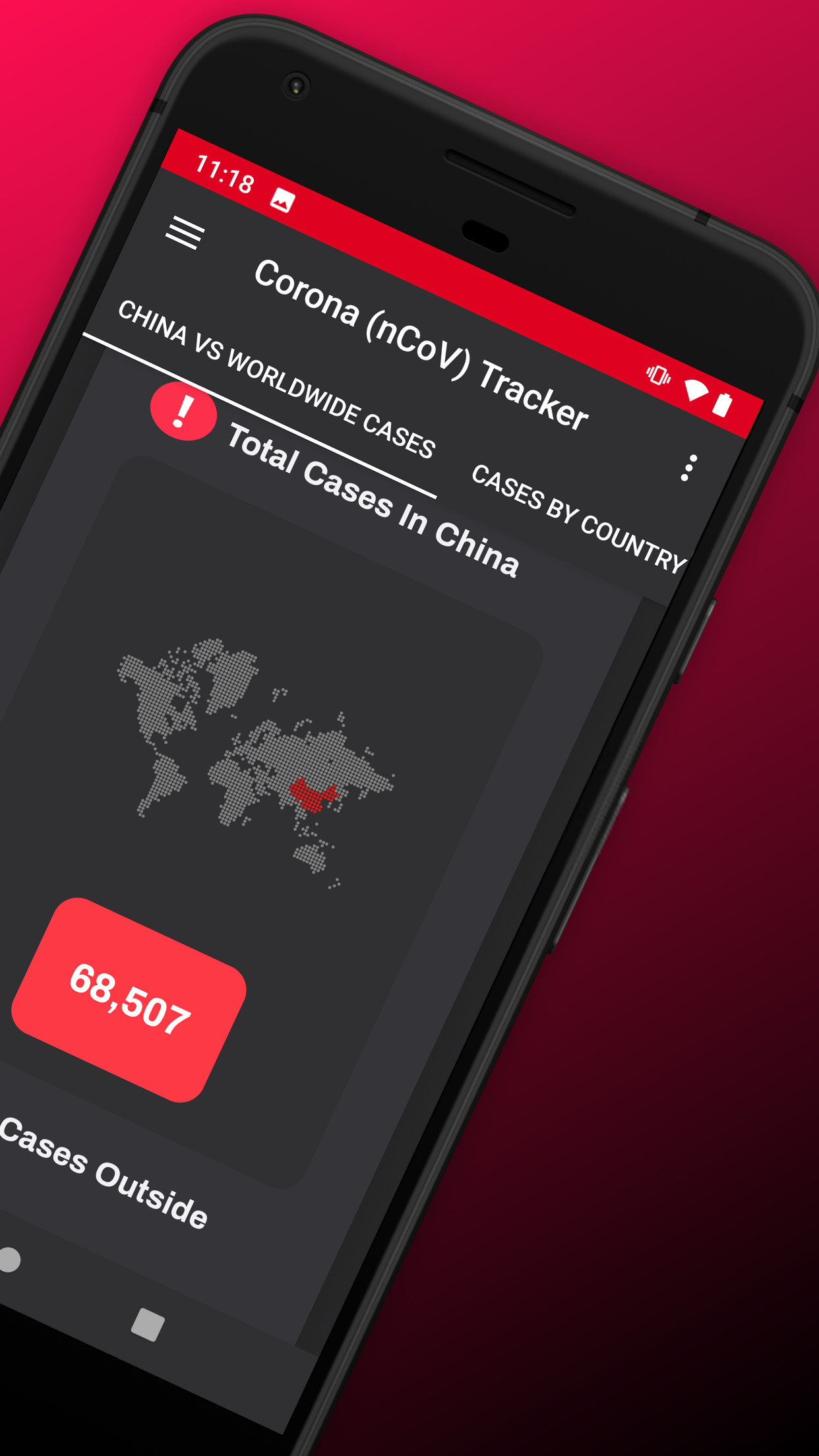 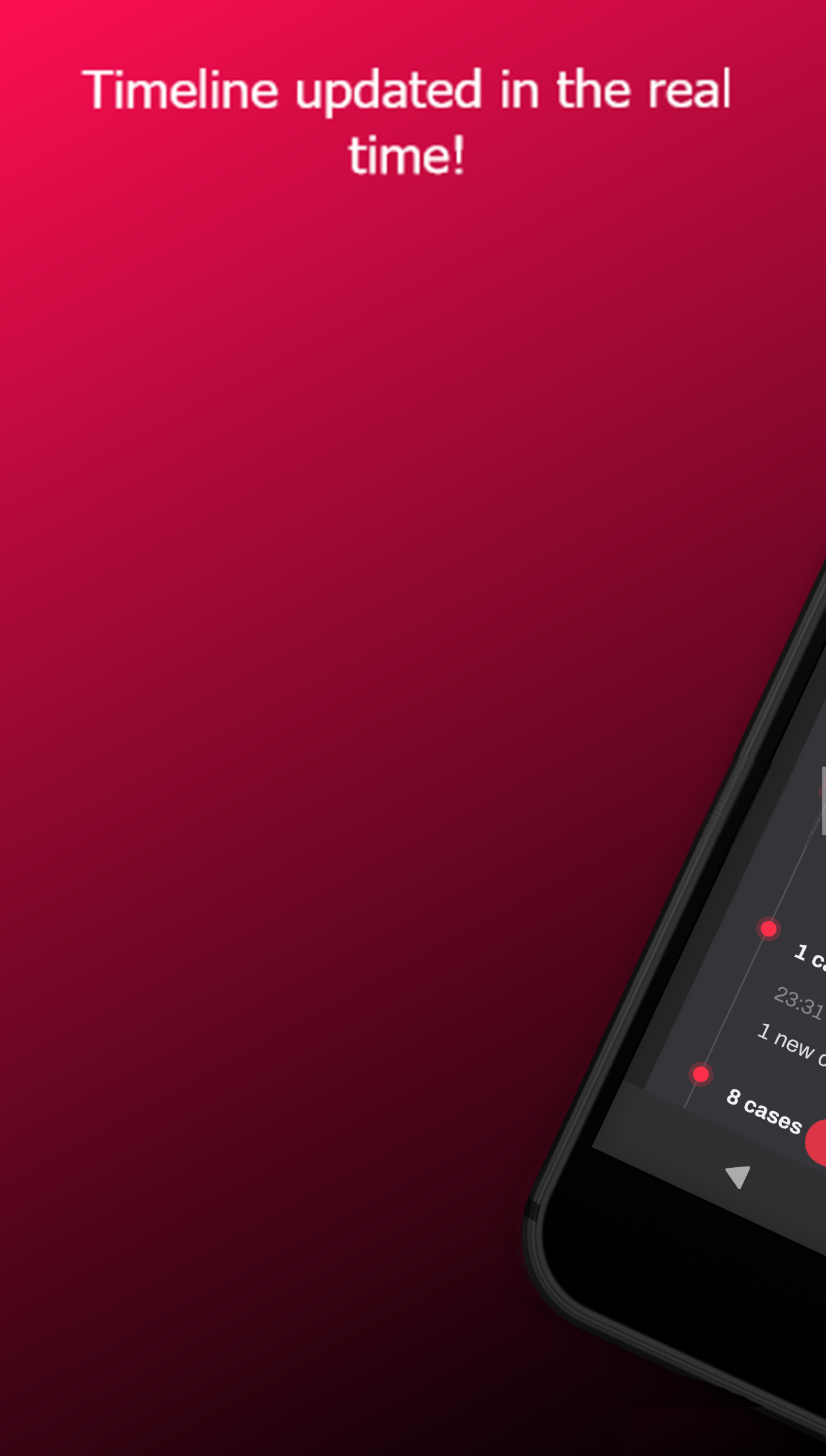 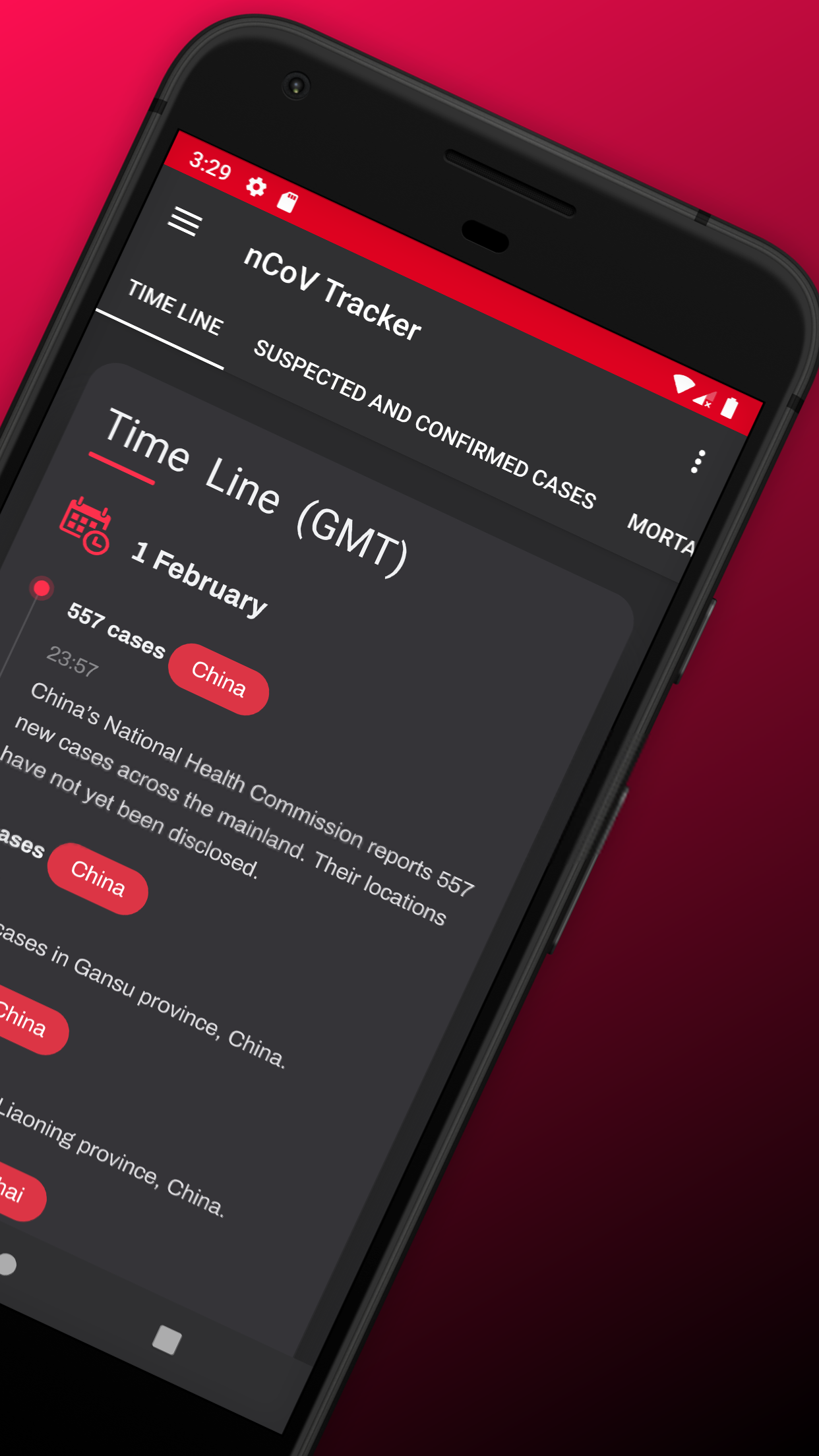 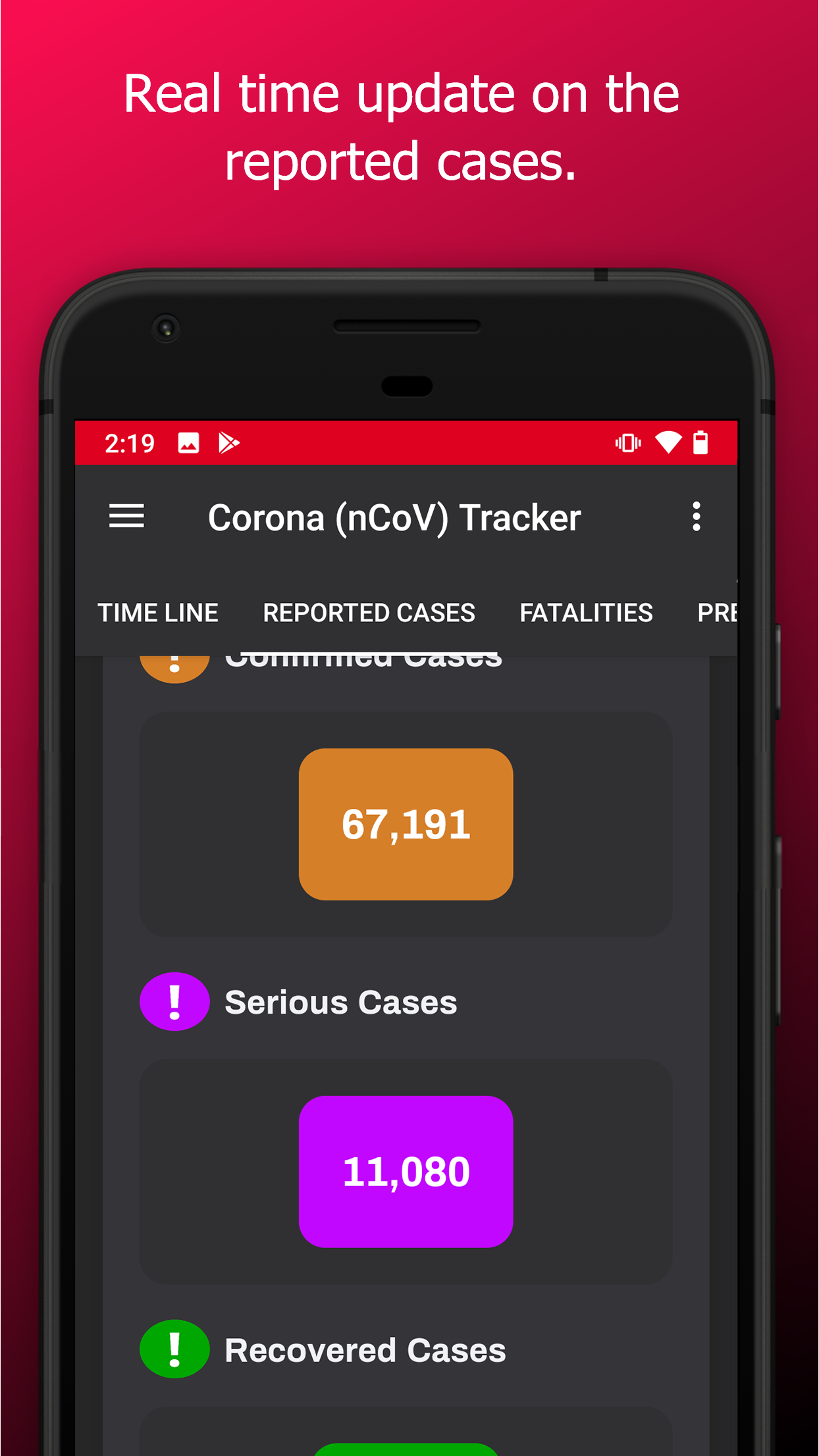 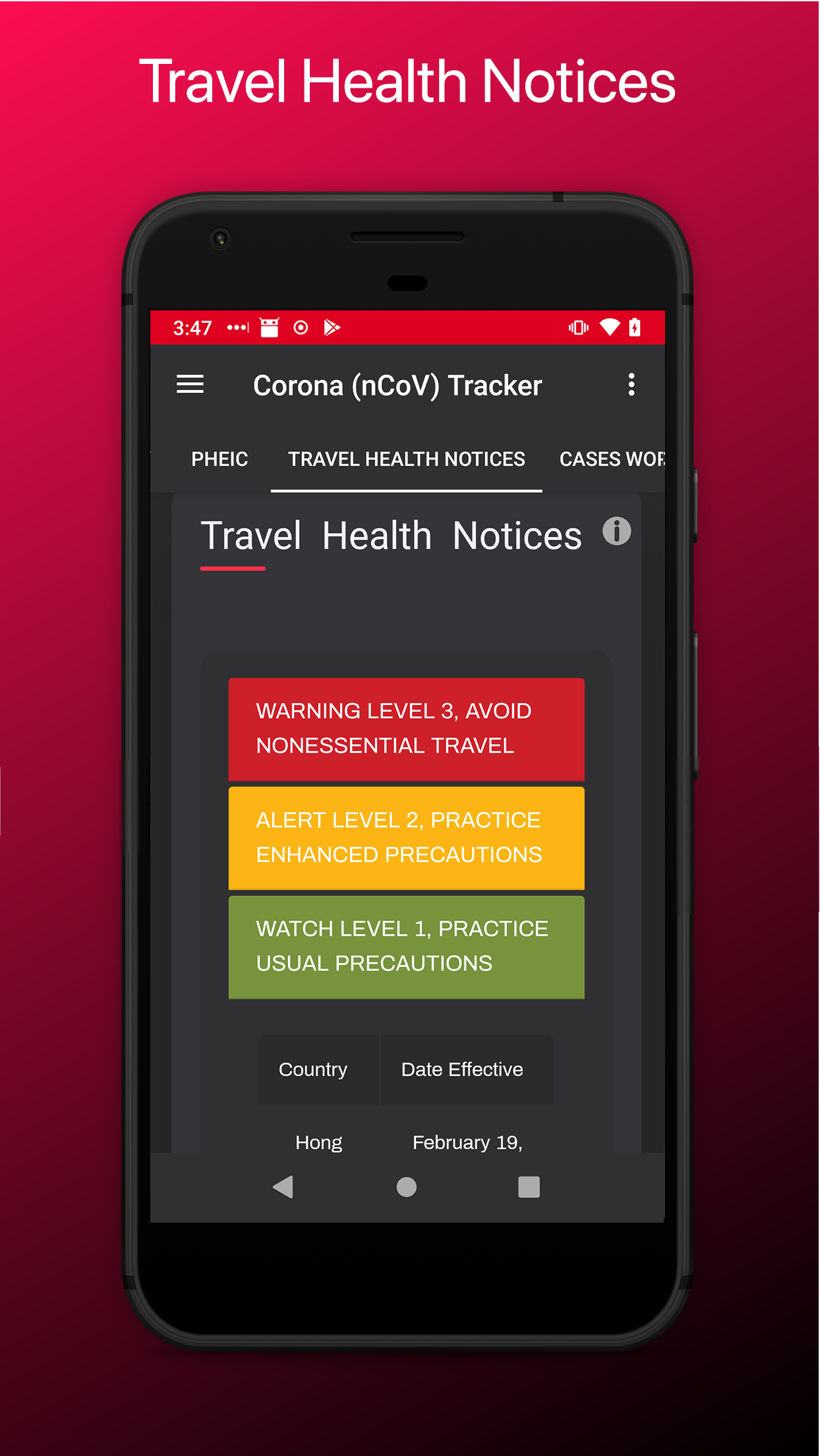 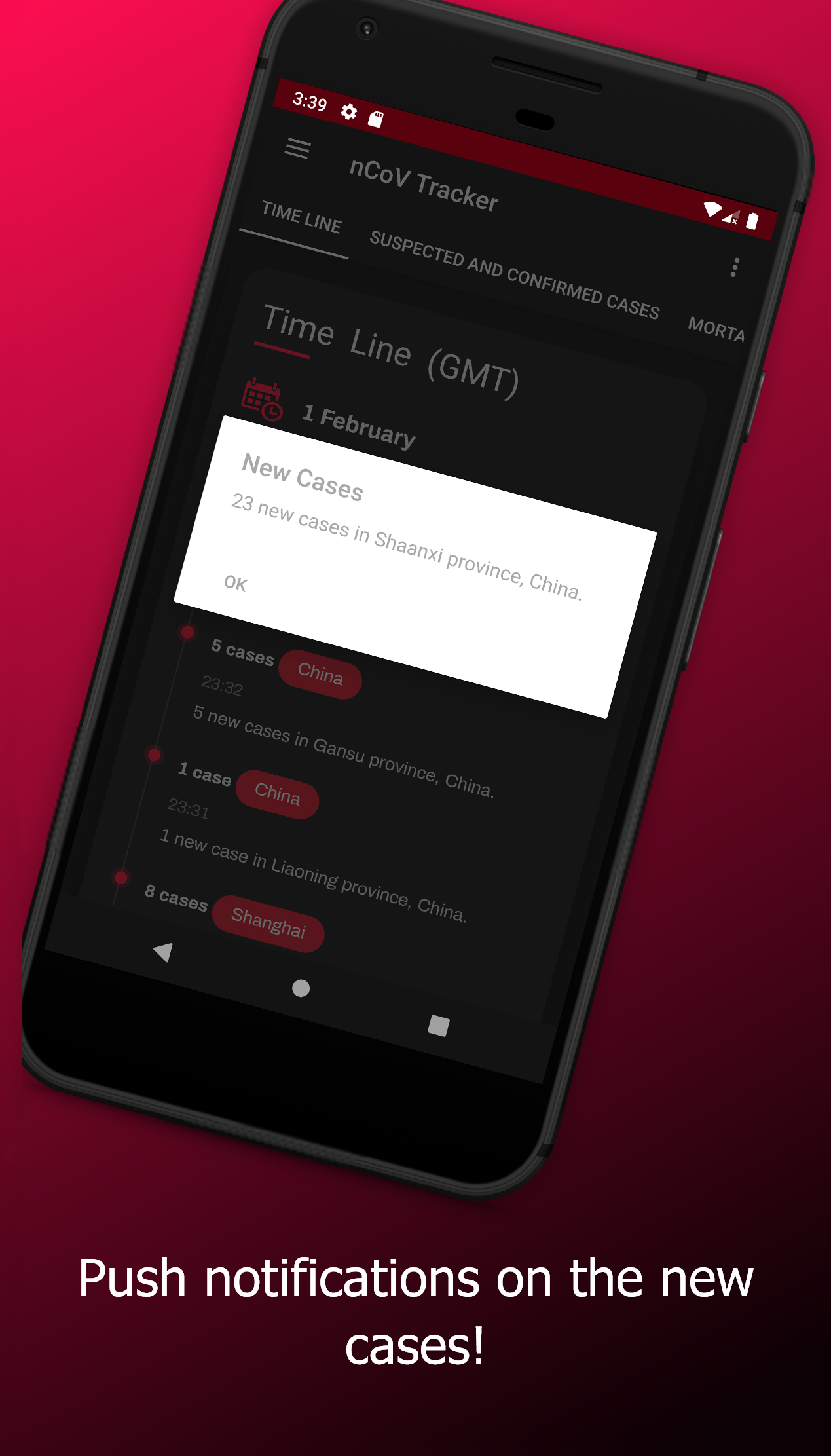 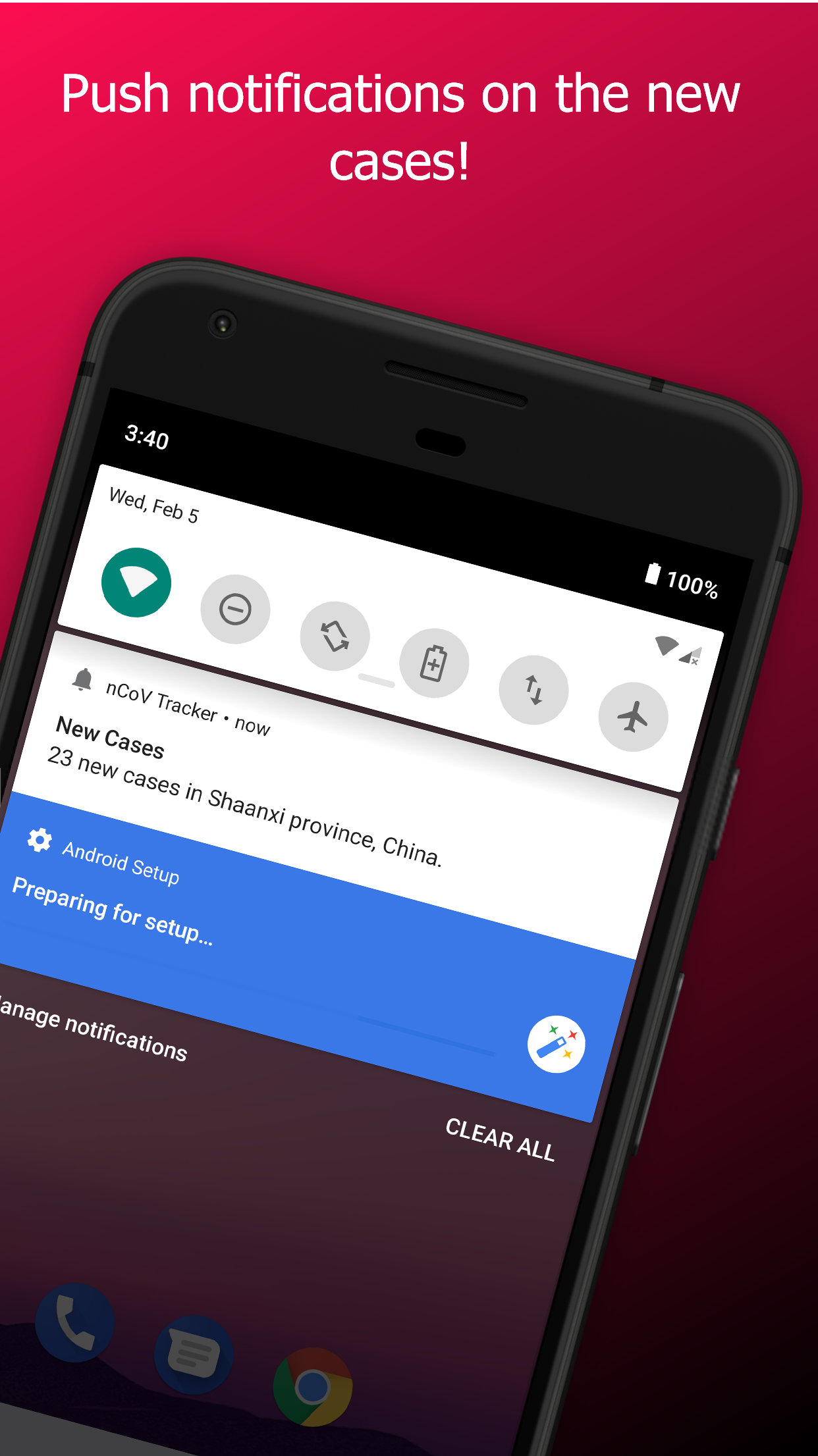 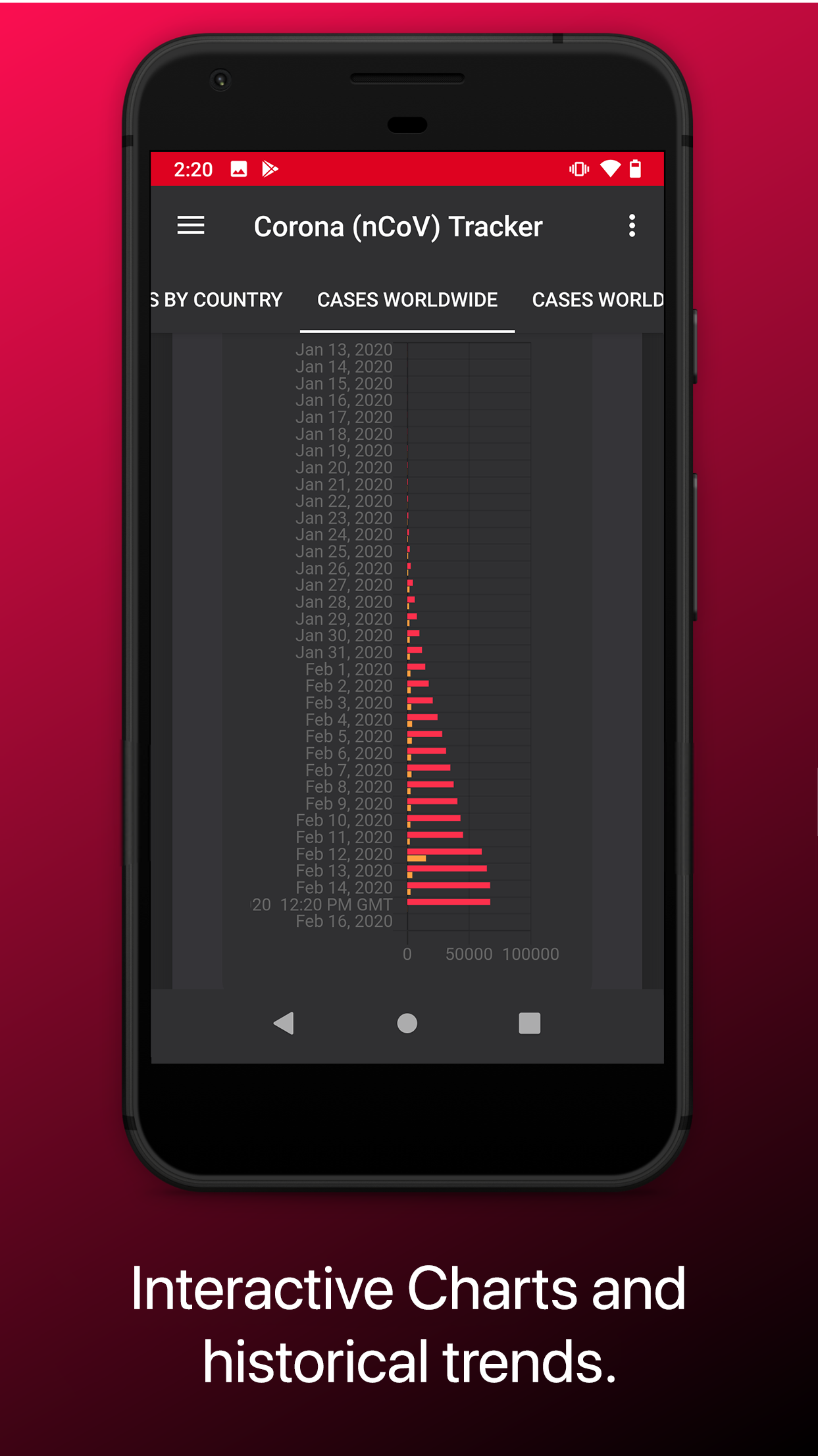 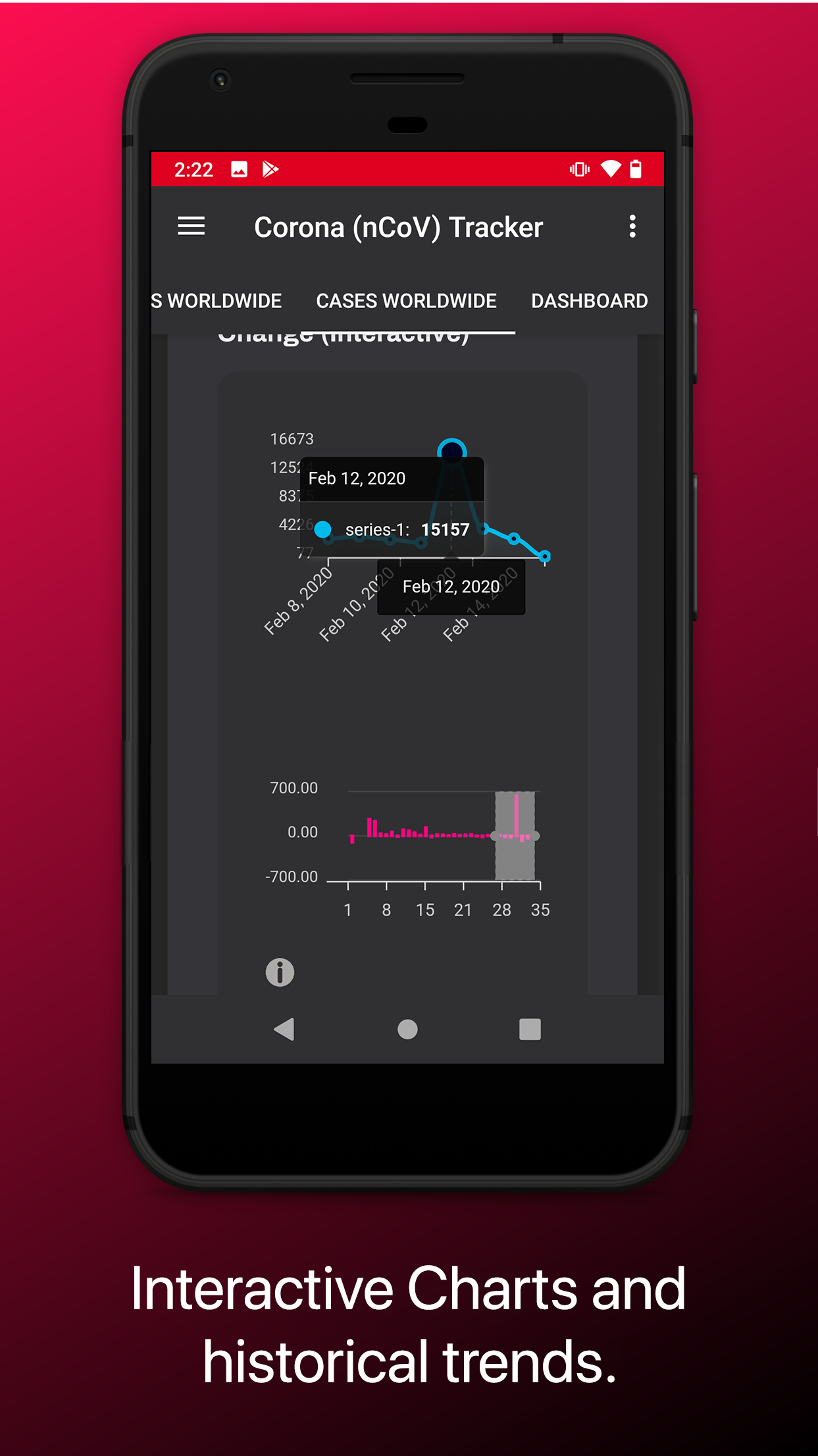 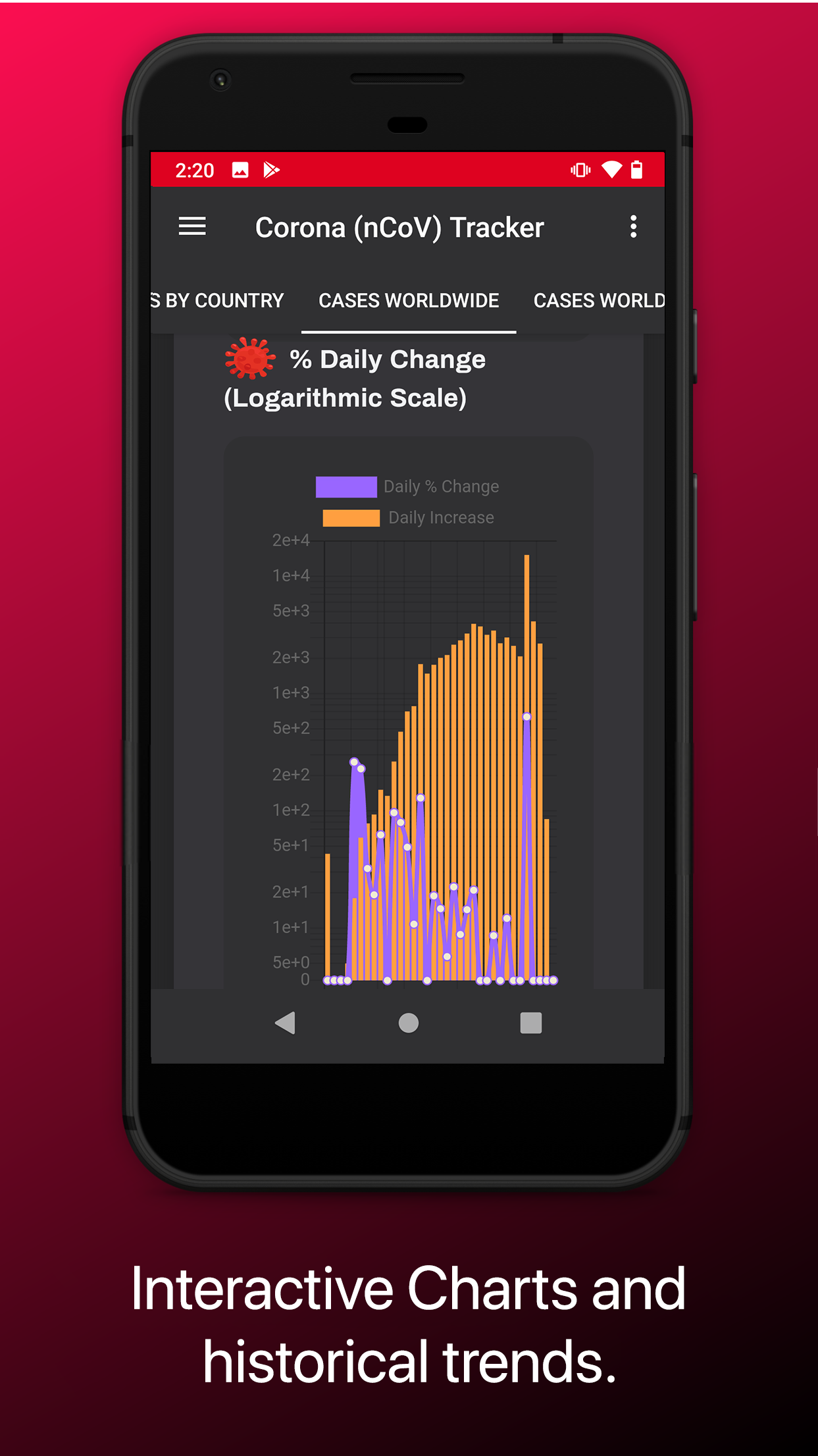 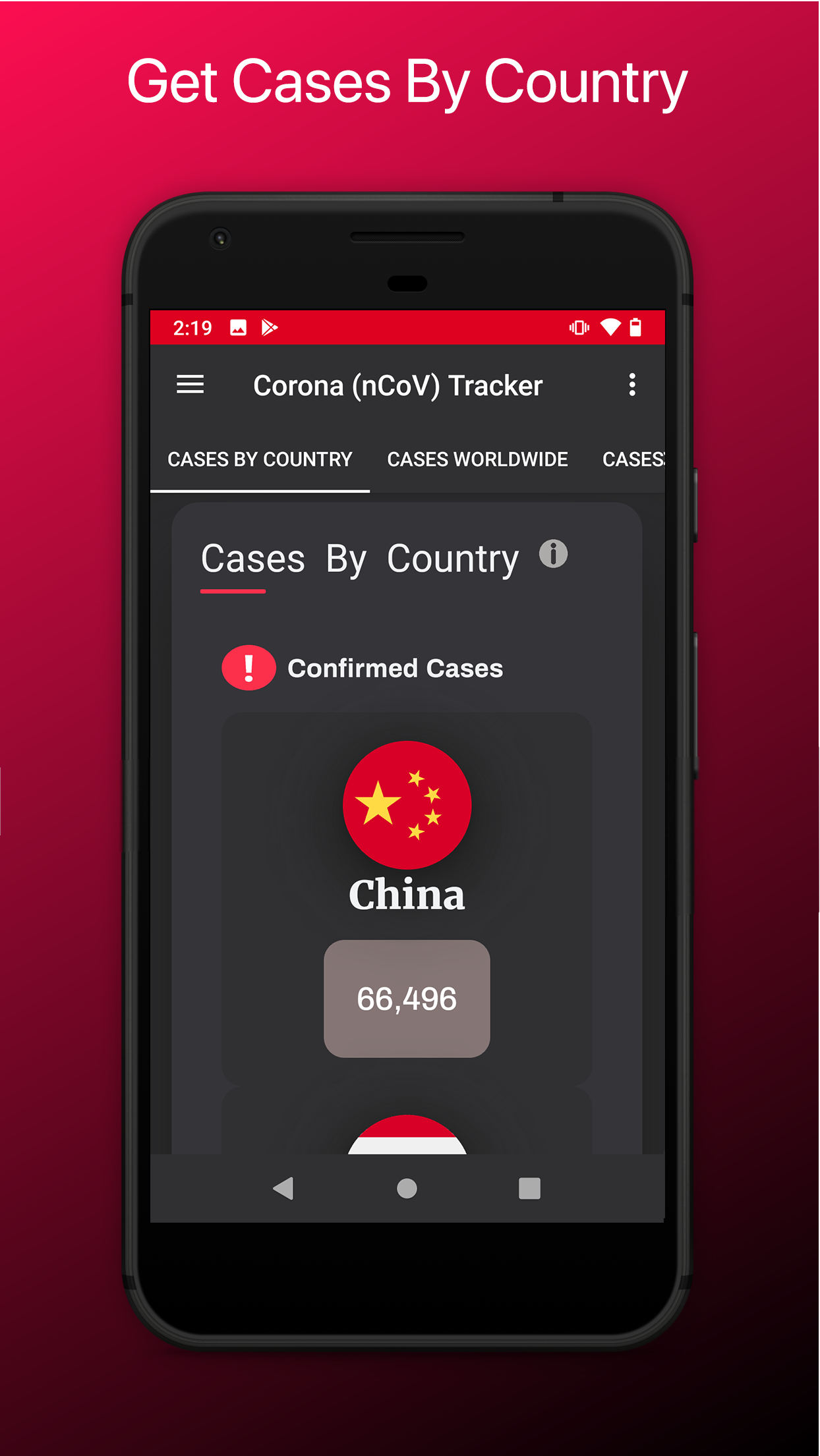 Semi real-time timeline updates about the cases, their locations, time (GMT), and date.

Real-time reports on the latest cases reported around the world, suspected cases, and fatalities (as soon as the numbers are confirmed).

3D map of the cases.

Per country statistics for confirmed cases and deaths.

Travel notices from the CDC.gov

Push notifications on the latest cases

Get notified once a day.

Why this app isn't in the play store?

The app published to the Play Store at the beginning of this month (Feb/2020), It remains under “pending publication” for around 20 days, during that time, I thought it is due to the policy change that introduced recently, and a quick search I’ve found dozens of other developers struggling in the process of store publications, and most of them complains how google disabled the automatic review to the manual one, yet still incompetent to deliver its promises, at least by providing a time frame to the developers, something like what Apple usually do.

My app isn’t that special, no clients/sponsors or any tight deadline, built purely to keep a track of the insane virus outbreak, as until now, no major coverage about it, that being said, I could not care less if it will take the store 16 days to publish it, again, no commitment. Surprisingly, on the 20th day, I received a notification that my app is “suspended” -If you are not familiar with the play store, this is the highest penalty a developer/organization could get, unlike “warning” or “rejected”, suspension actually flag your account, another flag, and your account will be terminated, as this type of penalty is usually associated with illegal activities like apps promotes violence or drug dealing. Play store response for the suspension was for violating “sensitive event”, which is a very vague policy that they could, in theory, take down most apps in the store, and yet, all major news outlets still have their apps in the store, going by Google logic, they should be taken down as well!

Regardless of what you think about that, if you would like to be updated about the virus outbreak, download it below and check the checksum.

The Android App (soon iOS), the site, as well as maintaining the data updates and adding new features is a single person effort, there are no Ads in here, completely free as long as it is alive, so feel free to support the efforts and time invested to make it and maintain it by becoming a Patron to keep it alive!